We noticed that the chain plates were leaking through the deck. When investigating further we found that the deck was dished in forward of both plates (starboard worst) and the trim rings under the deck badly deformed.

We assumed that whatever material was used under the plates to replace the balsa core had failed, but when we cut into the deck we found that said higher density material had been misplaced so that the chain plate bridged between it and the balsa. 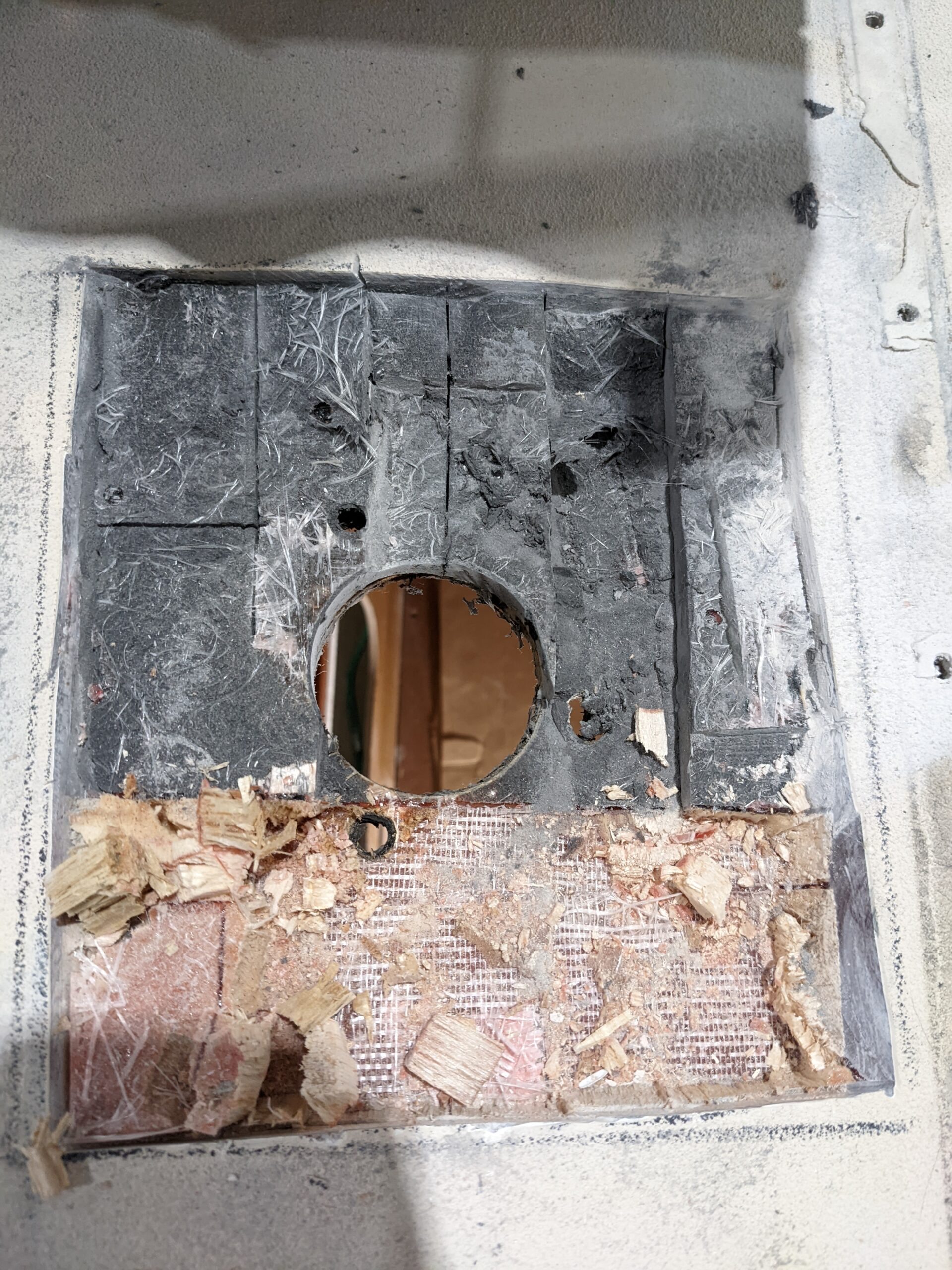 Given that these boats were built with jigs to place such things, I'm guessing that many TPI boats may have the same problem.

So if you have these symptoms, this is most likely the cause. Also, if you have leaks at the chain plates this may be the issue since the two different materials will make it impossible to torque the bolt evenly and for said bolts to stay properly tight.

We are have replaced the original material with Coosa and enlarged the area it fills so that the bolts will evenly torque. We are also looking at replacing the trim rings below the deck with thicker ones, maybe from aluminium plate, to more evenly distribute the compression load. I will be using an engineering bolted joint calculator to optimize that and will revert as soon as I have the numbers.

Here's what the trim rings look like clearly showing the distortion:

Sorry to hear about this as it is far from what anyone wants to deal with right off the start. While I am curious how you are handling the chainplate anchoring system that connects to the keel grid below deck, it does sound like you have a solid plan on how to re-core the deck in such a critical spot.

Our boat is a 2003 #41 out of TPI and I also found out of place blocking when I replaced my primary winches 2 years back. When I removed the winches the one on the port side was clearly not mounted over the black high density blocking that had been laminated into the deck for that very purpose. I wish I had a pic before mounting the new winch as only 2 of the original fasteners went through the blocking and the others went through the balsa. While I mounted the new winch in the same spot, I drilled and filled the old holes before adding 1/4" G-10 backing plates that were leveled in place using high density thickened WestSystem and bolted under pressure to cure before mounting the winches. Figured I would share since it is a similar build related mistake that hopefully wasn't repeated on too many other boats. Good luck with yours and hopefully it's solved for eternity now. 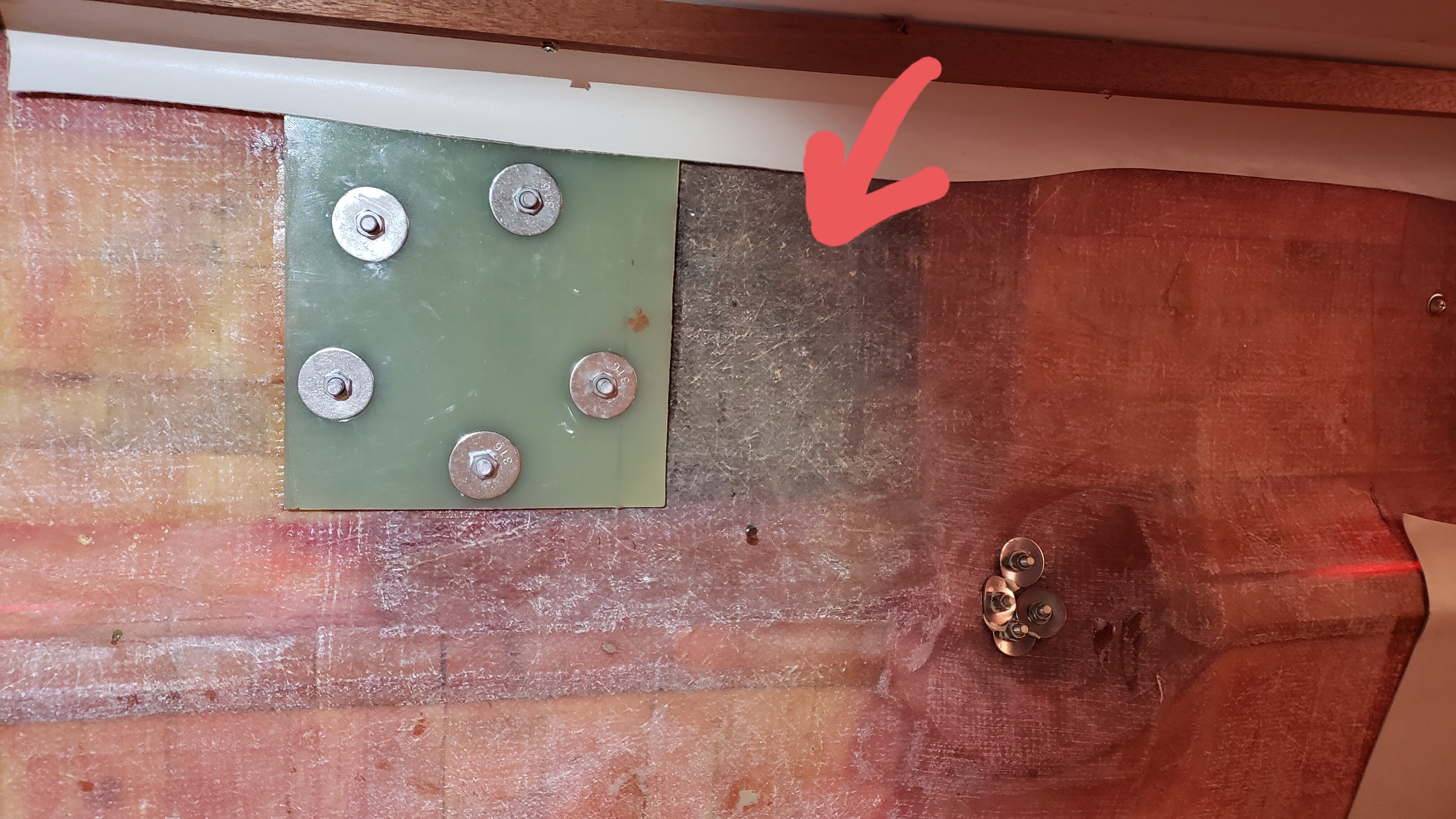 Thanks for coming up. Sounds like TPI were really not paying attention on this issue.

We now have it fixed as described.

While we were at this, we pulled the full chain plate assembles and had them NDT tested, which they passed.

We also found a chain plate knee port side coming away from the hull due to poor bonding when the boat was built. Now have that all ground out and fixed right with biaxial cloth and epoxy resin. I will post more on that when we finish. And I will add to this thread on putting the chainplates back and torquing the bolts and tie bars.
Top
Post Reply
3 posts • Page 1 of 1