Earlier this spring I had the unfortunate incident where Vento Solare tipped over during a wind storm while on the hard. The picture below shows the boat resting against the adjacent building. This stayed for 3 days until the winds subsided which resulted in damage to the mast and rigging. Fortunately insurance is covering the replacement mast and rigging and Sparcraft had the F305 mast extrusion in stock at its Charleston factory. The new rig is being stepped on 20 May 2021. I've taken some pictures to show upgrades that Sparcraft has made to the original design.

Vento Solare blown off the stands. 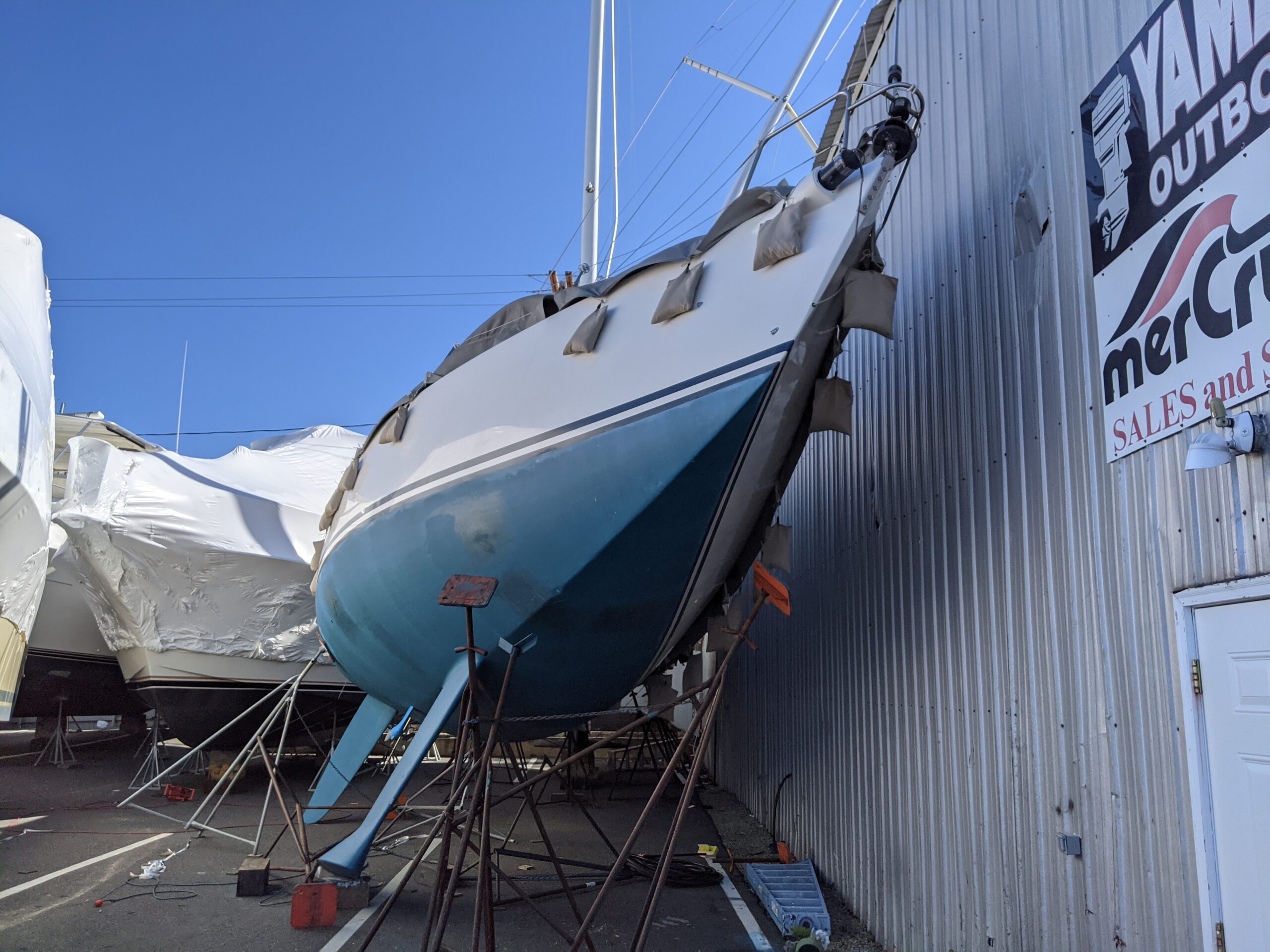 Forestay attachment - there was a Forestay Tang Attachment upgrade incorporated based on the technical bulletin issued on 30 June 2016 .

The cheek blocks used for reefing lines on the stbd side of the mast have been replaced with stainless eyes.

The boom attachment gooseneck assembly appears to have been strengthened, similar to the boom vang bracket.